For the last couple of years I’ve written a bit of commentary on the Equalities Challenge Unit’s statistical reports on higher education, paying especial attention to what they say about the state of Black Academia in the UK. So here are some comments on the latest report, incorporating data from the 2013/14 academic year. I’m not a quants or stats person so do let me know if you think I have figures wrong.

Please note that, if I don’t mention it otherwise, I am mainly talking about UK-national students and academics rather than non-UK-national (i.e. international). This is because, while international students and academics can most certainly be affected by racialized structures of discrimination and exclusion, I am  fundamentally interested in the sources of these structures and the way in which they interact with other such structures in the UK life-cycle. Additionally, I do not talk about those who have defined as “mixed race”, which to my mind is not necessarily a useful category for doing the following kind of analyses.

First, a few comments on the status of Black academics.

The percentage of UK-national staff on academic contracts  who are Black is now back to 1.19% – the same as when I wrote the first of my reports in 2014. Not only is this proportion far less than the proportion of Black people in the UK population (3.3%); it is also far, far less than the proportion of UK-national students who are Black – 6.4%. In contrast, 91.7% of UK-national staff on academic contracts are white, and thus not only overrepresented in academia as a percentage of the broader UK demographic (at 86%)  but also visavis the 79.6% of the student population who are white.

There are now 5 UK-national and 5 non-UK national Black academics who have senior managerial roles. A slight improvement from last year, yet still, only 0.67% of all senior mananger academics are Black. Compare, again, with white academic senior managers – 1400 of them – who comprise around 94% of all senior management academics. As much as academics still hold institutional power in the Higher Education (HE) sector, these are some of the ones who do so. And they are overwhelmingly white.

Meanwhile, out of all ethnicities, Black academics are by far the least likely to earn over 57,032GBP – only 8.9% of UK-national Black academics do, compared to 20.7% of Asian academics and 19.7% of white academics. This, again, demonstrates a significant lack of Black academics at the higher reaches of UK academia.

Now what about students? In what follows I discuss solely the UK-national demographics.

The percentage of Black students vis-à-vis the whole UK student population remains high at 6.4%. In England, the figure rises to 7.5% and in London, further still to 16.7%. Bear in mind that Black people constitute just 3.3% of the UK population as a whole (and 13.3% of the London population).

The concentration of Black students in London is notable. Working in a London institution I have some thoughts on the implications of this. Anecdotally it seems to me that many London-based Black students live at home and continue to heavily rely upon their existing social and friendship networks. If they attend an institution that is somewhat alienating to them – i.e. institutionally and visually white – their response is often to fall back on those existing networks. This might mitigate against the building by Black students of meaningful associational and professional (not necessarily friendship) networks within university. This could be a hidden, unintentional but long-term detrimental effect of the notable concentration of Black students in London, although it might be experienced differently across different institutions. I also wonder if the same issue applies in Birmingham.

Let’s now look at the figures that tell us what happens to students at the end of each academic year (except the final year).  I am especially interested in transfers (which usually indicates that the student has some kind of problem with their institution), and “no longer in HE” (the student has left university before gaining a degree).

It is crucial to note that the long-term increase in attainment at secondary school by continental-heritage students has yet to be reflected in a proportional improvement in university attainment. A number of years separate GCSE results from Undergraduate attainment, and what we should be seeing now, I would say, is the dividend from the drastic improvement in secondary school results for continent-heritage Black students over the last 6 years at least.  But we are not. In fact, these students are attaining the same – if not slightly worse – than their Caribbean-heritage peers, who still suffer from various discriminations at secondary school resulting in attainments that are a good 10% less than their continental-heritage peers.

Let’s put this in context. It is well known that the major graduate employers will cut through CVs by excluding all applicants who have a 2:2 (second class lower honours) award or less (ie a Third/Pass). So to have a chance at landing a good graduate job you really need to have a 2:1 (second class upper honours) or a 1st (first class honours) degree. And even that result is increasingly a basic requirement nowadays.  77.3% of white females attain either a 1st or 2:1 compared to 46.3% of Black males. That is the widest differential of attainment when it comes to the intersection of gender and race. It is a difference of over 30%. Think of the challenge that this difference presents to inter-generational social mobility along race lines. Yes, it’s true that the attainment of white and BME groups has experienced a secular rise over the last 10 years. But the differential between groups has remained fairly constant.

I’ve said this before and I want to keep saying it: something is seriously wrong if a relative success story at secondary school is being reversed through higher education. When it comes to continental-heritage Black students specifically, university seems to be complicit in reversing their social-mobility, or at the very least dampening or slowing down this mobility.  And remember, this is the largest defined group of BME students in university.

So let’s look at employability after university.

Certainly we can see here an effect of the attainment differential. But I also want to suggest, at least on first glance, that even with the inequitable attainment differential Black graduates are doing really, really well to shrink the difference when it comes to securing general and professional employment. What positive resources are our graduates drawing on in this respect? I would like to know more.

Finally, I want to look at the institutions through which Black students graduate. This is important because there is a de-facto hierarchy of higher education institutions in the UK despite the nominally “public” nature of the vast majority. We should be careful to conclude that more “prestigious” institutions are actually better at delivering higher education. Rather, I would want us to parse “prestige” through Pierre Bourdieu’s notion of “cultural capital”. Higher education has, for a long time, (decreasingly so nowadays) professed a meritocratic aim to set adults up for their future on the basis of their work and talents rather than their family name and connections. Yet it is still the case that the existing “cultural capital” that comes with inherited privileges by and large reproduces itself through the differential of “prestigious” and “less prestigious” institutions. That is why the more prestigious institutions tend to gift more employability to their students than less-prestigious institutions.

Nonetheless, whilst there is still concern over bias in admissions from Russell Group universities, a recent parsing of UCAS datarecent parsing of UCAS data suggests that differences between offer-rates to Black students and general offer-rates do not map neatly onto e.g. Russell Group universities. It is certainly a diverse set of institutions who suffer from this differential.

Does geography have something to do with this? I suspect that relatively more Black students study and live at home than white students. And Black students are far more likely to apply and be admitted into institutions located in cities and BME population centres – London, Birmingham etc. We also know that Black students tend to have a much older (“mature students”) demographic and to be more female than any other ethnicity. So thinking intersectionally, it might be the case that Black students tend to be less mobile than other ethnicities, with perhaps more social and familial responsibilities that require them to use the social networks that they already have.

Well, in conclusion I wish I could say many more positive things about the stats. But it’s hard to do so. What’s clear to me is that “inclusion” is not enough. In fact, in some ways,  inclusion is the wrong emphasis. There are plenty of Black students in the university system! The far more pressing and challenging issue is to change institutional and sectoral cultures and practices that lead to such outrageously skewed differentials regarding the placement, experience, retention, attainment and success of Black students. The difficulties in effecting such change is compounded by the refusal by many (and overwhelmingly well-meaning) academics to believe that their practices and non-practices have anything to do with the problem.

But I do want to end by listing some positives:

These positives suggest that Black is not a deficit colour. Rather, it is institutionalised whiteness that generates deficiencies.

One thought on “Black Academia 1.2” 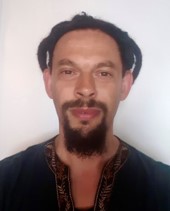